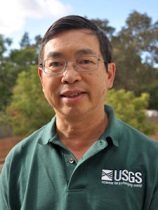 The Declination of Laughter

Does lack of laughter signify anything?  If a person was known to laugh a lot, then one day comes in with nary a chuckle, is it significant at all?  Is it the reverberation from the throat, or the eyes which reveal an underlying sadness, which tells the true tale of a person’s state of mind?  Can a person be in so much pain that he laughs out loud?  Why is it that there is such a thin and almost invisible line between laughter, insanity, and loss of control?

For the often contentious circumstances which surround and infiltrate the context and content of a Federal or Postal employee filing for Federal Disability Retirement benefits through the U.S. Office of Personnel Management, the question of the declination of laughter, whether by one’s Supervisor, the applicant who is filing for Federal Disability Retirement benefits, coworkers, or even family members away from the workplace, can be a telling factor on the spectrum and scale of who we are, what is being done, and what people are thinking.

In the end, life is a serious matter; medical conditions are no laughing matter; actions which impact the substantive future of individuals should be engaged with seriousness and consideration.  Ultimately, it is that dissonance between the mirthless eyes and the resonance of sound which is interpreted as laughter, which should concern everyone.

For the Federal or Postal Worker filing for Federal Disability Retirement benefits from the U.S. Office of Personnel Management, the time of laughter may not occur until well after the attainment of that goal; and even then, the daily problems of life must still be faced, including one’s ongoing medical conditions.  But, at least, the mirthless state of one’s workplace will have been left behind, and with it, the stresses of trying to figure out the intent and motivation behind that Supervisor’s laughter who, just the day before, metaphorically stabbed another coworker in the proverbial backside.

If you find yourself at the Merit Systems Protection Board trying to prove to an Administrative Judge that your are entitled to Federal Disability Retirements benefits under FERS, and you have already filed a Prehearing Statement, and your witnesses have been approved at the Prehearing Conference, and further, you have outlined all of the issues, set forth the legal basis, and proffered the expected testimony, it is then “showtime”.

It is obviously preferable for an applicant who is filing for OPM Disability Retirement benefits to be represented by a Federal Disability Attorney — if possible, from the inception of the process, through the Reconsideration Stage, to the MSPB.  However, if a Federal or Postal employee finds that, for one reason or another, you simply cannot afford an Attorney, then here are three (3) tips if you find that you are before an MSPB Administrative Judge:  (1)  Have a doctor testify, and make sure that the testimony of the doctor is precise and to the point (2) Make sure that what you prove to the Judge correlates with what you said you would prove in your Prehearing Statement, and (3) Be prepared to make objections to any of OPM’s cross-examination questions.

Finally, remember that the point of making an objection during a Hearing is not to necessarily stop the question or answer, but rather, to preserve the point for a possible appeal.  It is ultimately difficult for a non-attorney Federal Disability Retirement applicant to formulate and prepare for an effective Merit Systems Protection Board Hearing, and further, it would be better if the Federal or Postal employee had an attorney (who is well-versed in Federal Disability Retirement law) throughout the entire process; but one must play the hand one is dealt with, and that old adage is true even with a Federal or Postal Disability Retirement case under FERS or CSRS.